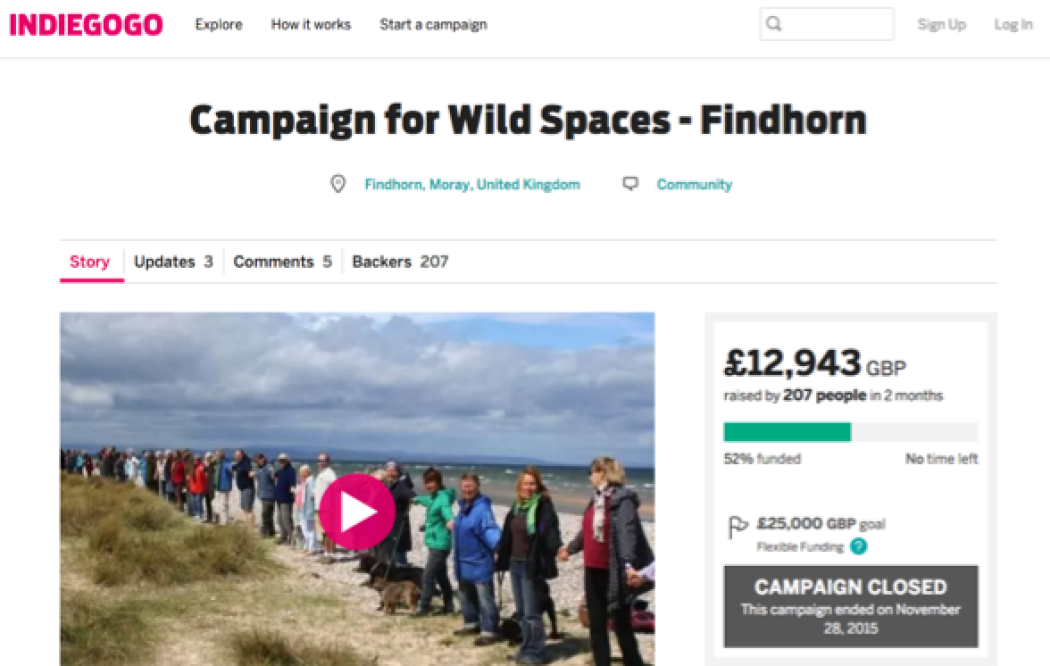 Campaign for Wild Spaces was founded in 2015 in response to a planning decision by The Moray Council which was believed by many to be unlawful. In support of this campaign, I set up and led the crowdfunding and social media outreach. The campaign raised over £20,000—enough to allow the court action to proceed.